One year ago today, I published a blog post about moving on from my first web job. After a whirlwind year (by my standards), it feels like a lifetime ago already.

I started at Daisie on October 1st. Going to work in London was a big deal, bigger than I realised at the time. Working with other developers was one of the main goals of the move. The experience was great, but personally uncomfortable to begin with, being totally honest. I’d only ever been the sole dev in a small agency till that point, and had become a control freak. It makes me sound like a child, but sharing responsibilities was initially tough! Having worked significant unpaid overtime for years, trying to build things as well as I possibly could in very tight agency deadlines, there was suddenly an alien sense of “it doesn’t matter how much time I personally put in, this project won’t be done any quicker”.

Letting go of that control was a hugely important lesson, for life and work. I’ve still got a ways to go but I’m now aware of the problem and actively working to fix it. As the now clichéd stoic prayer says:

Having worked in a team of 4-5 men for so long, it was such a breath of fresh air to join a diverse team. I’m convinced that has made me a more sociable, well-rounded person.

I started sleeping really poorly in November, most likely a symptom of the new job. Insomnia isn’t something I’ve suffered with before, so that’s not been a fun thing to pick up. Short of being a bit crabby, it fortunately doesn’t affect me too much during the day. Finding a way to disconnect my brain at the end of a day is a goal for the next season.

At Christmas during one of our daily lunch Q&A sessions, Ida asked “what’s been the highlights of your year?” and I froze. As a creature of habit, I kept each day very similar to the last, trying to minimise the peaks and troughs. But it meant I missed the genuinely good things that happened each day.

That realisation prompted the creation of JournalBook, a personal offline-first journal. I (somewhat sadly) spent Boxing Day building the web application and had it ready to launch in the first week of January. It put it on the orange site and ProductHunt and it blew up, getting 33k hits in a day. There was a proper buzz in launching a thing into the wild; it’s definitely something I want to do more of.

One of my favourite features of JournalBook is ‘highlight a day’. It’s made it really easy to go back and check out the best from the past 9 months when I’m feeling down. It’s also made writing this post considerably easier!

In mid-January, I spotted a tweet from Clearleft announcing a lead developer role. Having only been in London for a few months I wasn’t looking for a job at the time, plus Daisie was only a few months away from launch. But when the dream job at the dream company comes up, you don’t ignore it.

I didn’t think I’d get an interview, let alone be offered the role. It was a wild couple of weeks getting things in order before handing in my notice. Leaving the Daisie team and specifically our lil’ frontend crew just before launch was a really tough decision but I’m so impressed with all they’ve achieved since launch.

Work at Clearleft has been great, but tough. With such a small team, we’ve had to dig deep to get projects done to a standard we’re happy with. We’re moving in the right direction and excited for the future! It’s a fantastic place to work, and such a great team.

This year has seen me start running and squashing on a regular basis. Exercise has never been that enjoyable to me, so it’s been a massive surprise to be so relatively active now! I’m definitely feeling better for it.

One of the first things I did after starting at Clearleft was launch Sergey, the little static site generator. It was born out of chat at Homebrew Website Club and put together over the course of a week or so. I even did a little presentation of it at Codebar!

The biggest personal highlight of the year has been getting to know Lauren. So many of the starred JournalBook entries are days spent with her. Ice-skating, photography days and trips to London have been such a lot of fun. I’m a very lucky boy.

She instigated my attendance on the Athens trip which is 100% up there for one of the best weeks of my life. I’ve written a full post on it, so won’t dwell for long - but it really did impact me in a big way. 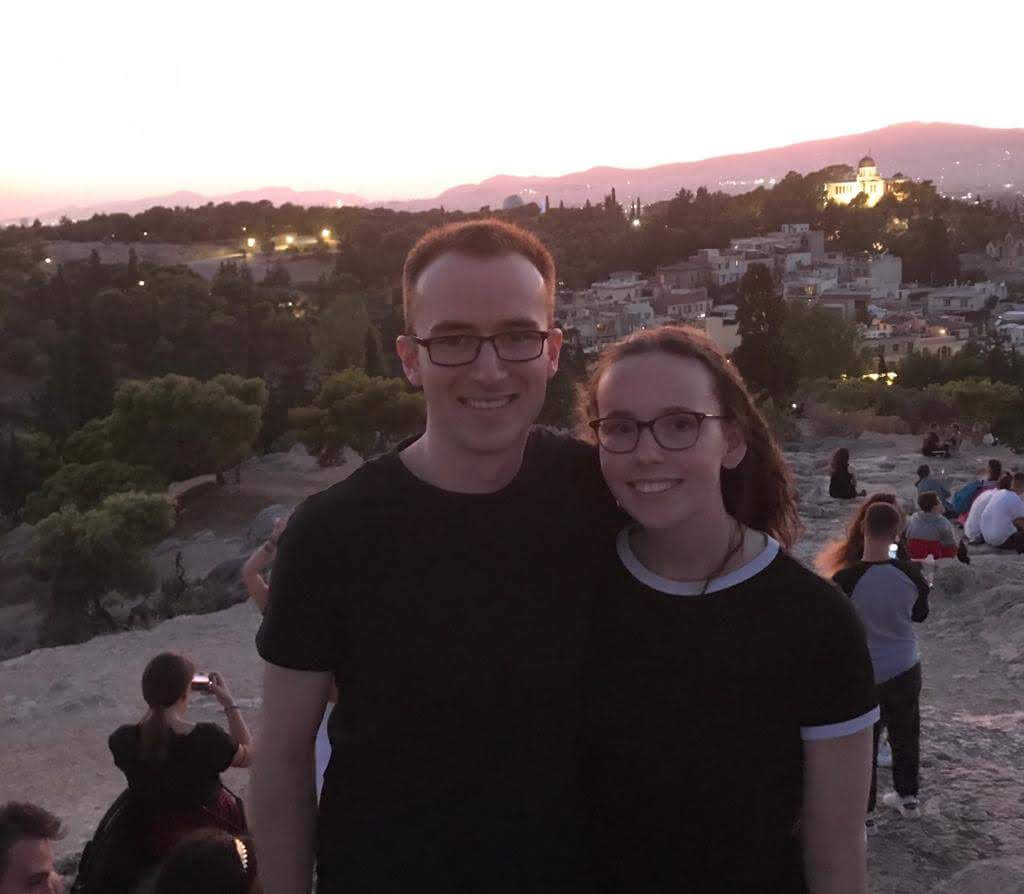 It’s been a properly good twelve months, with most of the fun things coming from stepping out in something, or asking someone something 😊 Being honest, the previous six years were intentionally antisocial, but without doubt formative! I’m just so glad they led to this year.

Here’s to the next twelve months 🙌 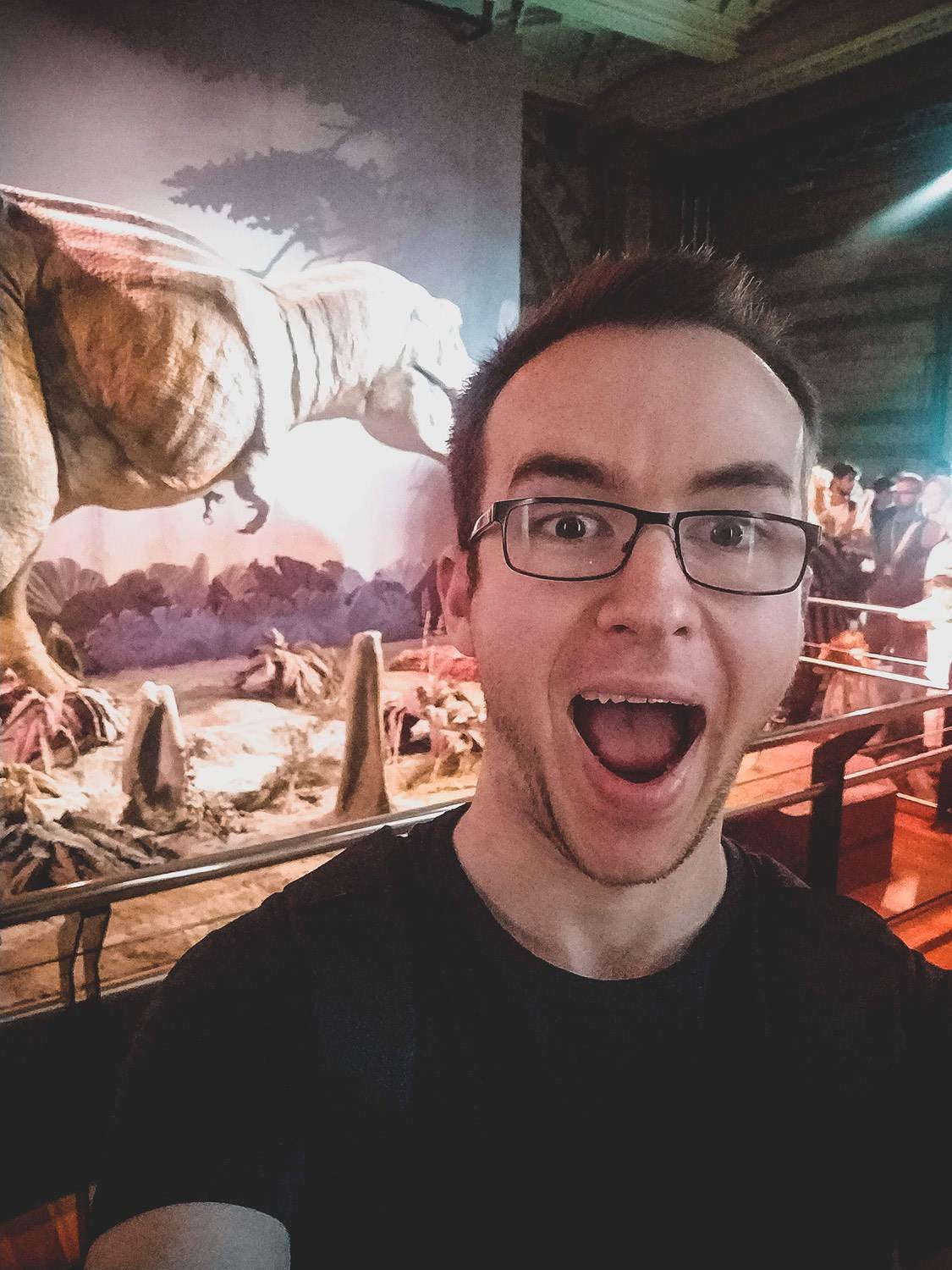